Welcome to Emily’s bicentenary year. On this day in 1846, Emily writes:
No coward soul is mine
No trembler in the world’s storm-troubled sphere
I see Heaven’s glories shine
And faith shines equal arming me from Fear
…

Here’s to an exciting year celebrating the enigmatic Emily, described by Monsieur Heger to Mrs Gaskell as having ‘a head for logic, and a capability of argument, unusual in a man, and rare indeed in a woman … Impairing the force of this gift, was her stubborn tenacity of will, which rendered her obtuse to all reasoning where her own wishes, or her own sense of right, was concerned.’ We look forward to exploring the complexities of Emily’s personality, and the legacy of her limited but extremely influential literary output throughout 2018. 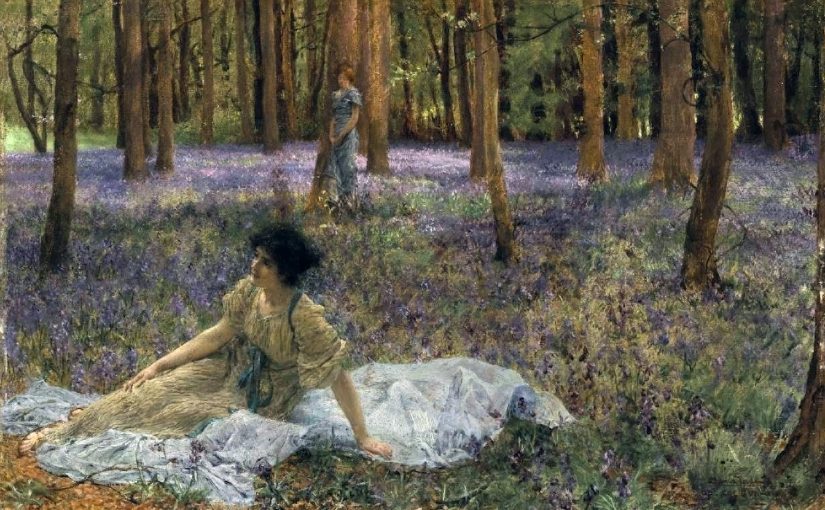 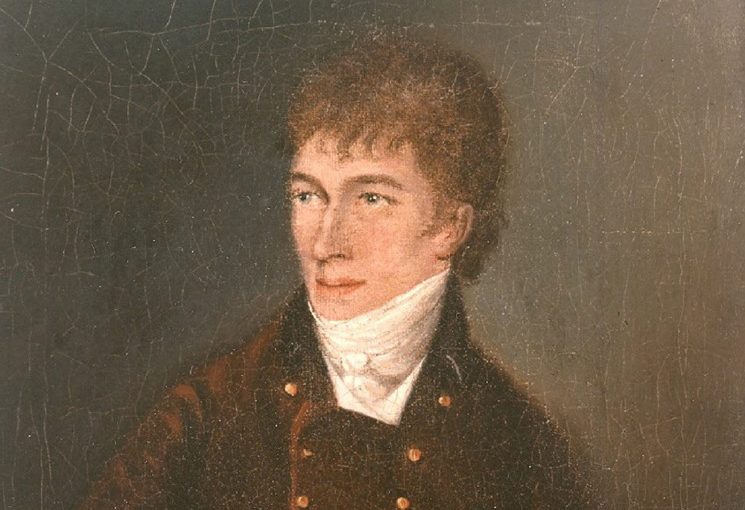 Tonight sees the airing of Happy Valley and Last Tango in Halifax creator Sally Wainwright’s latest project, a one-off two-hour period drama telling the story of famous authors (and sisters) Charlotte, Anne and Emily Brontë, as well as their wayward brother Branwell – and the author says it’s long been her ambition to bring that story to screen.

”I can’t remember a time when I didn’t know who the Brontës were,” Wainwright says in the Christmas double issue of Radio Times. ”I grew up in Sowerby Bridge, about eight miles from Haworth, so they were part of our local history. I visited the Parsonage dozens and dozens of times and was very familiar with the story of the Brontë family.

”Later, I came to the books; I think I’ve read all of them now, but it was reading Wuthering Heights when I was about 14, possibly earlier, that really pulled me in. I was blown away by how it’s so unlike anything you think women would be writing at that time. It’s so down-to-earth, it talks about the coarseness of real life, and that’s something that appeals enormously to me as a writer.”

Read on to find out more from Wainwright about the Brontës, how they lived and what she thinks they were really like – as well as a little extra historical context.

General life for the Brontës

”I’ve now done a lot of research into how the Brontës lived,” Wainwright says. ”Life expectancy in [Yorkshire town] Haworth at that time was 19, mainly due to poor sanitation – the main street would have been running with sewage.

”It was a bleak place to grow up, but it was close to Halifax, which had concerts and a thriving Philosophical Society and a Literary Society, so in many ways life for the Brontës was more sophisticated than we realise.”

”Writing a period drama is very different from writing contemporary drama and it’s often harder, because you’ve got to respect that people spoke in certain ways,” Wainwright says.

”I recently watched the 1970s drama serial about the Brontës, and they all spoke extremely correctly, posh and stiff, as if they’d been to drama school. Certainly they would have known correct grammar, but they would most definitely have had a Yorkshire accent and used local phrases.

”We’ve got books that have dialect in them, but we don’t know how accurate they are, so I’ve had to be quite inventive with the use of language, because I desperately wanted to get away from making it sound like just another period piece.”

Finn Atkins as Charlotte Brontë in To Walk Invisible

”Charlotte (author of Jane Eyre, Shirley and Villette) was ambitious and very pushy; she clearly wanted to put herself out there,” Wainwright says.

”She lived for seven years after Anne died, she got married and was immensely celebrated in her own life-time, almost like she was a rock star.

”So she had a very different life, in the end, to the life Anne and Emily had. I’ve dramatised the sisters as being quite antagonistic to each other – there’s a scene where Emily slaps Charlotte and pushes her around, which may surprise some – but I think it comes across, subtextually, in what we know about Emily and Charlotte that they had quite a difficult relationship.”

To Walk Invisible picks up Charlotte after her return from a school in Brussels, where she and Emily had travelled to learn and teach English and music respectively until their Aunt Elizabeth Branwell (played by Jill Baker in flashbacks) died, calling them back to England. In 1843 Charlotte went back to Brussells alone, having become deeply attached to the married man who ran the school, Constantin Héger. However her second stay was not a happy one, and she returned to Haworth in 1844, later using her time in Brussels as inspiration for parts of The Professor and Villette.

After the events of To Walk Invisible (which sees her and her sisters’ books published), Charlotte outlived all her siblings and was the only Brontë to really enjoy public approval for her work. After marrying her father’s curate Arthur Bell Nicholls (played by Rory Fleck Byrne in the drama) in 1854 Charlotte fell pregnant, but died the next year before the child was born due to complications (probably extreme dehydration caused by vomiting and morning sickness, though some think she may have caught Typhus).

Chloe Pirrie as Emily Brontë in To Walk Invisible

”Emily was intensely private, and resented any attempt to push her around,” Wainwright says. ”You’ve got to remember that Emily is the person who wrote Wuthering Heights; she went walking on the moors every day, and I wanted her to come across as vibrant and robust, not some pretty little miss out of Jane Austen.”

Of the three sisters, Emily struggled the most to find work teaching (the others were teachers or governesses at various points), telling one class that she preferred the dogs she’d met to any of the pupils. In the end after leaving a couple of positions she became more of a stay-at-home daughter, doing most of the cooking, cleaning and ironing for the family at the Parsonage while her sisters went out to work.

Emily caught a cold shortly after her brother Branwell’s death, which developed into an inflammation of the lungs and tuberculosis, leading to her death in 1848 after refusing to see ”poisoning doctors”.

Charlie Murphy as Anne Brontë in To Walk Invisible

”I think Anne (Agnes Grey, The Tenant of Wildfell Hall) was the one who calmed her sisters down and made the relationship workable,” says Wainwright.

”She’s often dramatised as just being there to make up the numbers, but the quality of her work was just as astonishing as her sisters’ and I wanted that strong personality to come across.”

Anne left Haworth to work as a governess from 1839, mostly for the Robinson family at Thorp Green, and secured a job as tutor for her brother Branwell there in 1843. She left in 1846 shortly before Branwell was fired, probably after learning of his affair with the wife of their employer. She made lifelong friends with the Robinson children, however, and as a teacher was the only one of the Brontës who can be said to have found real success with the profession.

After returning home Anne, with her sisters, published a book of poems under the pseudonyms of Currer, Ellis and Acton Bell, paid for by money left to them by their late Aunt Branwell. Unfortunately, despite favourable reviews, the book only sold two copies, though it was enough to spur Anne and her sisters to write and publish the novels that would truly make their names.

After the publication of Agnes Grey and The Tenant of Wildfell Hall in 1847 and 1848 (the latter of which became a best-selling sensation, described as shocking for its depiction of alcoholism and debauchery), the death of Emily in September of the latter year affected Anne deeply. The pair had been close as children (collaborating on stories about the fictional land of Gondal as Charlotte and Branwell did for their own made-up country of Angria), and soon Anne’s grief overwhelmed her physical health, with the youngest Brontë catching influenza and then tuberculosis. After lingering for a few months, she died in 1849.

After death, Anne’s legacy has faded the most of the Brontë sisters, which some attribute to the actions of the still-living Charlotte when she blocked the posthumous republication of The Tenant of Wildfell Hall due to her disapproval of its content.

The life of their brother…

Adam Nagaitis as Branwell Brontë in To Walk Invisible

”Branwell (1817–48) is often just written off as “the wastrel brother”, but he was very talented, too,” Wainwright says.

”As a child he was the leader in a lot of their intellectual games and in their writing, but the sisters had the absolute gift of hard work, and I don’t think Branwell did. While there’s doubt, now, that he was an opium addict, Branwell certainly suffered from alcoholism, which, of course, is an illness. Nobody chooses to be an alcoholic and I wanted to show what living with this illness does to a family.”

To find out more about Branwell and his life, read our in-depth article here.

Jonathan Pryce as Patrick Brontë in To Walk Invisible

”Much of what we think we know about the Brontës is coloured by [Elizabeth] Gaskell’s biography of Charlotte, which was by no means objective,” Wainwright says.

”She elaborated a lot to make a good tale and certainly she portrayed Patrick Brontë (1787– 1861) as a harshly authoritarian father. Juliet Barker, whose books I used a lot to research the film, has a very different version of Patrick. I think that, being Irish, he would have known the power of storytelling, and I’ve portrayed him as an enlightened man who very much believed in empowering women intellectually.”

Brontë outlived all of his children and his wife Maria Branwell Brontë (the latter by forty years), and after Charlotte’s death co-operated with Elizabeth Gaskell’s biography of his daughter. He lived until he was 84, during which time Charlotte’s husband and his former curate Arthur Bell Nichols lived in the Parsonage with him.

”The BBC approached me about five years ago to do something for the bicentennial of Charlotte’s birth in 1816,” Wainwright (above with actor Jonathan Pryce) recalls in her Radio Times piece.

”They wanted a biopic, and it could have been a full series, but I wanted to focus on the Brontës as mature adults, so I chose the three-year period leading up to Branwell Brontë’s death in 1848. The tragic aspect of the Brontës – three of the siblings died within ten months of one another – has always been a draw, but in this film I really didn’t want them to be defined by their deaths.

”What fascinates me is the fact of three literary geniuses sitting in the same room, and the fact that they were all women. It’s an extraordinarily compelling story, and I hope I’ve done it justice.” 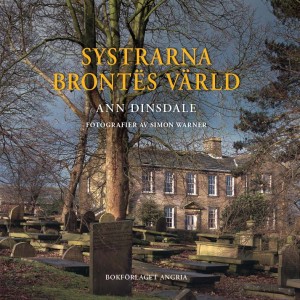 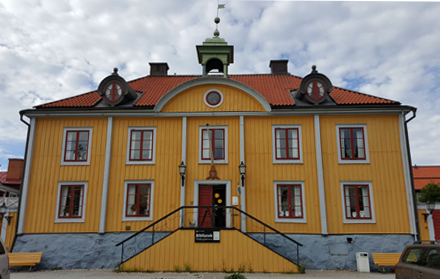 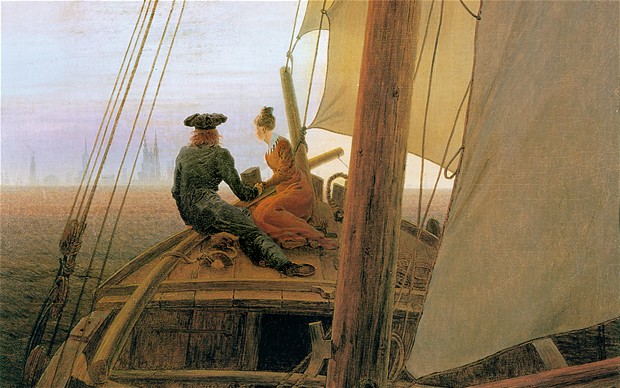 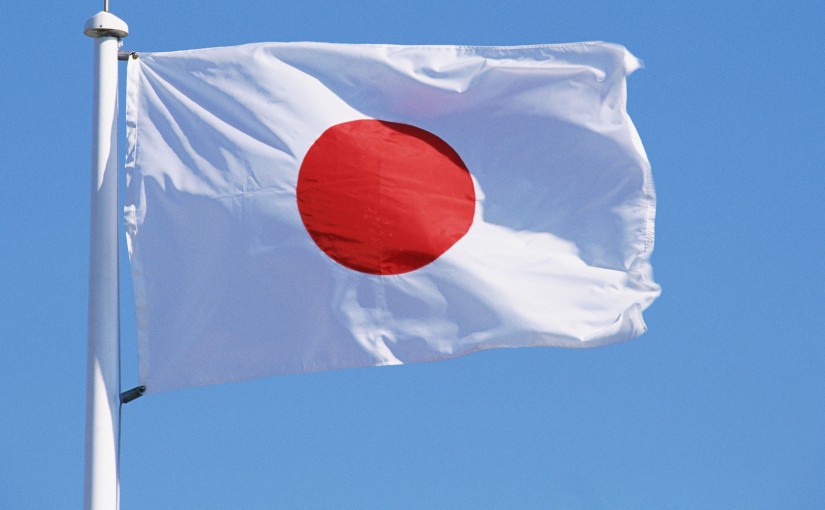 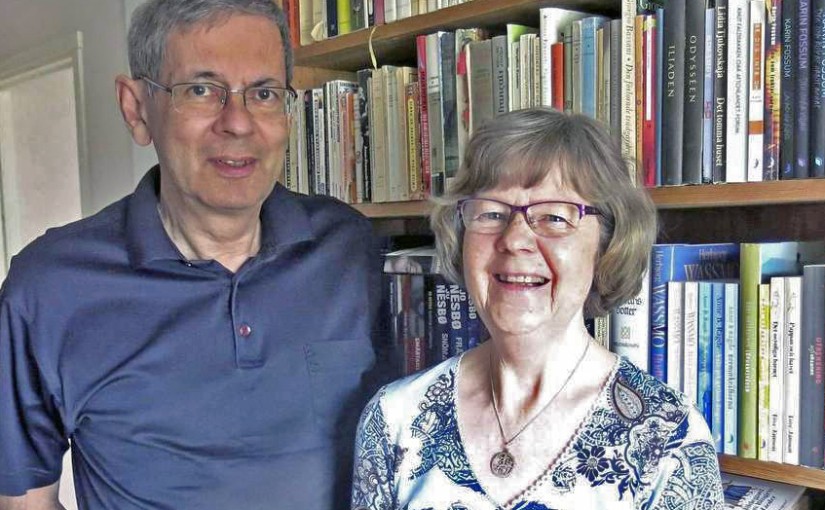